Ian Graduated with Honors from Faraday House in London in 1952 and completed his two year National Service with the Treble One (111) Squadron at North Weald, in the Rank of Flying Officer in 1957.

He and his Wife immigrated to the USA in 1960 where they raised a family of 3 children.

He held several Managerial positions with both Univac and Xerox in the Computer and Document Processing fields.

Ian is happily retired in Los Angeles, California. He now enjoys helping others to preserve their financial nest eggs through his internet blog, newsletter, and bi-annual seminars, as well as enjoying the Stamp Collection he has garnered since a boy of six.

His Philatelic Interests is a British Commonwealth Collection which has been handed down from his grand-father to his father to himself, and is now being passed on to his son. He is a Fellow of the Royal Philatelic Society, a Life Member of the British Caribbean Philatelic Study Group (BCPSG), and a Past President of the Collectors Club of Southern California.

His Specialty is Jamaican Obliterator Numbers, which he has exhibited throughout the USA, and has won several awards including a Grand Award in Minneapolis and a Reserve Grand at Sescal in Los Angeles. He has provided a monograph of his collection entitled "Exploring Jamaica with Obliterators" which was published by the BCPSG.

Ian has contributed a chart of every known Jamaican Obliterator together with its best quality (where known) of the 2247 stamps that cover the 112 known Post Towns and varieties of Jamaica.

He has also provided images showing the Obliterator Number and Best Known Quality of the "strike". 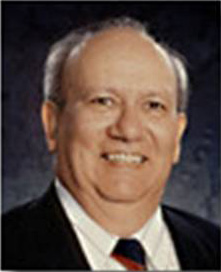