It is my sad task to report the death in late May, in Bristol, of Michael (Mike) Vokins. This will undoubtedly be a shock to his wide circle of friends as, until a few weeks before he died, Mike had enjoyed the very best of health.

Mike was born in London in 1934, studied chemistry at Brasenose College, Oxford University and devoted his professional life to the improvement of the teaching of chemistry at school. Until 1967 he was a science teacher at the distinguished Clifton College in Bristol, he left that post to play a key role in designing the Numeid teaching program in Chemistry Until his retirement: in 1997, he was in charge of the Cecil Powell Science Centre at the University of Bristol. His contribution to the teaching of chemistry in the United Kingdom, and throughout the English- speaking world, were considerable. Indeed, he was for many years the Chief Examiner for Nuffield Chemistry and finalised the proof reading of the latest textbook on Nuffield Chemistry during his last few days in hospital.

To his philatelic friends he will however, be remembered for his encyclopaedic knowledge of all aspects of Jamaican philately. Although Mike made a conscious decision not to enter competitive exhibitions, his contributions to the BWISC and to other philatelic societies were outstanding. Foremost, was his ability to utilise his academic skills and expertise to undertake archival research into many aspects of Jamaican postal history, importantly he was always prepared to share the results of his findings with others and to publish them in the philatelic literature. Equally important, his life was always marked by a willingness to undertake time- consuming tasks shunned by many others. His single-handed reprinting of the Volumes 1 and 2 of the British Caribbean Philatelic Journal and of The Jamaican Philatelist are examples. Mike also played a major role in philately in Bristol, he was responsible for the formation of the Bristol Philatelic Society of which he was an ex-President, earlier this year he was accorded the status of an Honorary Life Member of that society. His contribution in establishing one of the best Society libraries in Britain will be a lasting memorial, he bequeathed his comprehensive personal library to that Society.

His death is a special personal loss, Mike and I commenced collecting Jamaican material, as complete novitiates, in the late 1960s. For many years in Bristol we shared the enthusiasm and excitement of building up our collections. This included sharing many of our buys from major auctions. Many years later, after my move to Australia, I sold part of my Jamaican collection and returned to Mike a rare and early exploded Jamaican booklet. It was typical of his well- ordered collecting that he stil had the original rusted staple to re-unite the booklet to its former glory!

We extent our sincere sympathy to Michael's wife, Nadine, and their three children in their loss at a time when he could have expected to enjoy many years of active retirement. Mike's Jamaican collection will be sold in September by Cavendish Auctions in Derby. Many old friends will be there and they too, will miss Michael's unfailing affable charm and good humour at the preview.

Michael was born in Palmers Green in North London in February 1934. He read for a degree in chemistry at Brasenose College, Oxford which led to a long and distinguished career in science education. This commenced with his appointment to the staff at Clifton College, Bristol and developed with 30 years of involvement with the Nuffield Science Project. In the late 1960's he was appointed to the staff of the Department of Education at the University of Bristol where he directed the Cecil Powell Science centre. Michael was one of the authors of the Nuffield chemistry texts which dramatically changed the style and content of chemistry teaching in schools in the UK and overseas. He made the final corrections of the latest Nuffield text only a few days before his death from cancer on 24 May 1999.

Michael's interests were wide ranging and included drama, art and travel all of which he shared with his wife, Nadine. He not only enjoyed plays but also had a hands-on approach with technical help in lighting and sets. He enjoyed the cinema enormously and was a regular visitor to London to enjoy art exhibitions. His interest in art was replicated in philately with his love of the design of stamps he collected. Michael was also a keen traveller and with Nadine had visited every continent except Australia.

His interest in philately commenced in the 1960s and his principal collection was concerned with all aspects of the stamps and postal history of Jamaica. Throughout he applied his considerable research skills to his Jamaican collection. He contributed a number of articles on Jamaican philately, many in the Journal of the British Caribbean Philatelic Study Group often based on detailed archival study.

Michael also played a critical role in the formation of the Bristol Philatelic Society which, in 1977, brought together the Bristol and Clifton Philatelic Society with the Bristol North Philatelic Society. Over the years Michael held a range of offices within the Society but his greatest interest was in the Society's library to which he has bequeathed his own specialised Jamaica collection of literature and supporting notes. Michael was known for his willingness to share his knowledge with others. His helpfulness, friendliness and abiding good humour will be missed by a wide range of philatelic friends and colleagues. His Jamaica collection is included in the 308 lots that follow and his "fun" collection of Reunion Postal History and French Maritime mail will be found elsewhere in this catalogue.

Of all the memories of Michael which I will always treasure there is one which was so typical of his generosity. I had been invited to give a display of my Jamaica collection to the Bristol Philatelic Society. This was always rated as one of the more prestigious invitations, as the Society was well known for its hospitality and a glance at their programme confirmed the fact that I was to be in distinguished company.

I like to think my display was well received and afterwards we returned to Michael's home for a "Postmortem". At this stage a bottle of single malt whisky was produced and the first sip confirmed what I had long suspected, that Michael's knowledge and expertise extended far beyond mere philately! Although I was on common ground with Jamaica, I quickly found that his knowledge of whisky far exceeded mine and I commented on its smoothness and flavour; he then showed me the bottle, it was CAOL ILA, a 15 year old single malt from the Isle of Islay.

Imagine my surprise on my return home to find a second (full) bottle awaiting me, with his compliments! I knew then that my education was complete and on the day of the sale I will drink to his memory with a glass of CAOL ILA. 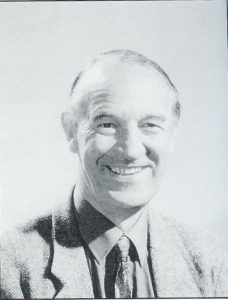