This Collection took the best part of 50 years to assemble. The increasing difficulties of adding significantly to its detailed studies have persuaded Bob that it is time, finally, for other students and collectors to have the opportunity to acquire the many gems that it contains. Jamaica has always attracted collectors of both Stamps and Postal History, because of the wide variety of material (of all periods) that can be found from this sunny Caribbean island. However, it is very rare for anyone to attempt to form so comprehensive a collection as that which is described in the following pages.

Since 1930 there have been auctions of a number of "Great" Jamaica collections, but there are only a very few that bear comparison with the "Swarbrick" collection. The 1933 L.O. Trivett collection consisted of 375 lots, the two separate (Stamps & P.H.) 1940 auctions of the famous L.C.C. Nicholson collection totalled 677 lots, the 1957 Urwick sale included 627 lots, the 1972 Erickson sale had 529 lots, the V.N.F. Surtees catalogue of 1976 included 742 lots and the 1982 sale of the "Wilson" collection in Canada (that consisted of 98% pre-1870 material) had 548 lots. Many of the greatest gems from these collections are included here in the "Swarbrick" collection, and this collection consists of no less than 955 lots.It is not, however, the bare statistics of this collection that impress one the most; it is the breadth of knowledge and original research that are abundantly clear in so many of Bob; descriptions on the album pages themselves Looking through the last two decades' issues of the British Caribbean Philatelic Journal, for instance, one is struck by the number of articles and queries that have emanated from Bob's pen. His studies have been directed at almost every facet of Jamaica's philatelic history, and it is fascinating to read the early letters written to Bob by L.C.C. Nicholson himself, that are included with the items to which they relate. In recent years Bob may have become best known for his knowledge of Jamaican Postal History, but this collection's International Gold Medals (at Granada, Rio & Seoul) have been awarded separately for the Stamps and for the Postal History.

Bob's purely philatelic expertise is clearest in the studies of the 1890 2½d on 4d overprint settings and of the War Tax overprints, but the following lots demonstrate that he has steadily mastered the philatelic intricacies of each of the country' issues, and in most cases he has expanded our knowledge of them. His researches into the Booklets, postal Stationery and Revenues of Jamaica have continued throughout. At the same time he has produced new and definitive studies of many Postal History topics; most notable are his analyses of early maritime mails. (As demonstrated in his remarkable recent display to the Society of Postal Historians in which he showed how the winds and tides of the Caribbean has influenced the usage of the various "Ship Letter" marks of Jamaica). No stone has remained unturned in Bob' researches into the fascinating histories of the Commercial Rooms mail bags, the early namestamps (of which several new discoveries are described in this catalogue), the early transit mail, the Forwarding Agents, and the maritime routes and rates.

In addition to these studies of the early Postal History of Jamaica, Bob has produced authoritative studies of the Squared Circle cancellations of Jamaica, the "Woodblock" postage due marks (most of which are rarer than their more famous cousins, the postage due numerals of Malta), the Free/Official mail of the island, Q.V. Late Fees, the pioneer Airmails, the rare and little-known slogan cancellations (usually only used for seven days each), the Crash/Wreck/Hurricane mails of all periods, the United Fruit Company, and the T.R.D.'s. Perhaps Bob's favouritr study of all has concerned the Military and Naval history of the island. The sections of lots that follow relating to these latter areas of study include original research into Regimental and Admiralty histories, the complexities of the Censorship of mail, the little known Internment Camp and P.O.W. mail systems etc. If it had a Jamaican connection. and particularly if it had not been well researched by previous students, then Bob would research it. And,what is more, he would usually find the answers!

It is very good to be able to report that Bob is not giving up his hobby, because he has now discovered a new and very different theme to pursue which will give him even greater opportunities for research; he is now seeking Postal History from any area of the world that is connected with the Royal Marines. He has already filled a number of albums with a startling array of covers, and his marines library is growing apace. Bob demonstrates very clearly that today's student of Philately or Postal History is every bit as much a researcher as he is a collector. The late Tom Foster (to whose excellent book on the Postal History of Jamaica we refer in many of the descriptions that follow) was both a pioneer and an inspirational student. Bob has continued where Tom left off. And yet Bob will not be entirely lost to the world of Jamaican philately either, he has decided to continue his researches into one area of Jamaican material - namely the Railway cancellations.

It is a great privilege fpr myself, and for the rest of the Cavendish's team of describers (namely Ken Baker, Ian Kellock and John Cowell) to have been given the task of preparing the great colle3ction for auction. Meanwhile I am very pleased to have been instumental in arranging for the British Caribbean Study Group to publish a bound edition of several hundred pages from the collection with Bob's own descriptions and layout. (This book will be available later this year.) Finally I would like to thank Bob Swarbrick himself for all his advice, his assistence with proof-reading, and for open access to his extensive Jamaica library and research notes. An auctioneer seldom has the opportunity to work with so knowledgeable a vendor, and in this case we have also been given temporary custody of what can rightly described as the greatest Jamaica Collection ever to have been offered for sale by auction.

Why Jamaica by Bob

My introduction to the stamps and postal history of the island of Jamaica came about in the then traditional manner, through the interest and advice of a friendly dealer.

As a very young man, some 50 years ago, I attended a Stamp Fair in Manchester. Having raided the family Tea caddy, and with some knowledge and much enthusiasm, I threw myself on the mercy of the assembled dealers. I well remember meeting one, A.W. Morley, who asked my interests. I proudly said "British Empire", he sadly shook his head and remarked that he thought the field too big. "Specialize", he murmured, "Specialize". He then went on to explain that he had recently bought a collection of Jamaica stamps, both loose and stuck into an old ledger. It was, he explained, a life time's collection of a Missionary who had worked in Jamaica. Just how Mr. Morley knew that the Tea caddy only had a modest lining, composed of the birthday 10/- notes and the odd half crown, I will never know, but the asking price of the hoard was just £5, the exact sum that was by now burning a hole in my pocket.

We concluded a deal, and I handed over my birthright, in exchange for a promise that, on his return to "the office", he would send me the parcel. On MY return to my "office" when I told my father what I had done, I was treated to a short lecture on "fools and money" and "that's the last you'll ever see of that".

I did have to wait, probably two anxious weeks, but finally a large parcel arrived, with a note apologising for the delay. It seemed that he had been waiting for a suitable size sheet of brown paper!

What a feast! Thousands of 1d Keyplates, hundreds of ½d CA's envelopes and wrappers and all sorts of goodies to sort. There were so many I just didn't know what to do with them. I even considered making fire screens as a commercial venture.

There were disappointments of course. Quite a few fiscally cancelled stamps had to be discarded; how was I to know at that tender age that they were TRD's? I made up club packets and approval sheets, but I couldn't keep pace; I was certain that the Key Plates were reproducing themselves as quickly as I weeded them out. Another minor disappointment was that the "Missionary", a man called Sherring, wasn't a man of the church at all. In those days, the technique employed to sell a collection was rather similar to the scam now used to sell a second-hand car. Give it an Eclesiatical provenance, and the price was doubled. In my later years, I have often wondered why Tea Planters or Timber Merchants never collect; perhaps it was because the good Lord only required their total attention on Sundays. Whatever the reason, I can now relate that I know why there are so few of the old time Stamp dealers around; they all run the Regional Water Authorities. They were psychiatrists as well as psychologists, and in my opinion our hobby is the poorer becuase we lack men of the calibre of Mr. Morley.

The modest £5, trustingly given to a total stranger, has given me a life time's pleasure. Times change, although I am certain there are still some dealers as honest as my chance encounter all those years ago. I would like to think that perhaps my father, for once in his life, WAS WRONG. 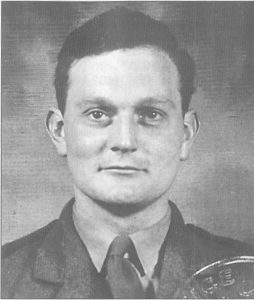