R. H. Lant - affectionately and universally known as "Reg" - passed away on April 18th, 1991 at the age of 97. He is survived by his long-loving wife, Helen, and at least one child, his son Tony. Please forgive my lack of knowledge of his offspring.

Reg, a product of the Victorian age, worked for the Canadian Pacific Railway for 50 years, retiring 32 years ago on the day of his son Tony's marriage. Conservative, hard-working, thrifty, private, oldfashioned were words that came to mind when thinking of Reg. He was slightly built but had the heart and courage of a lion. He was a very serious student of Jamaica postal history, and although he was never fortunate enough to own the more glamourous pieces of his interest, his keen knowledge of the subject led him to many extremely interesting finds and discoveries. He was generous with his knowledge and was pleased to share with anyone with a genuine interest in the hobby. He searched for truth and was never satisfied until he has sure he had found it.

Reg was one of the seven founding members of the BCPSG, known at the beginning as the West Indies Federation Study Group, and served in almost every high office of the Group during his lifetime. He worked hard at each position and was a major factor in making the Group what it is today.

He was a stubborn man but not obstinate; forthright but not arrogant; a fighter but not an aggressor; a gatherer but not a miser; a giver, not a taker. Reg was loved by those who knew him well. I will remember the 35 years of sharing our joys and disappointments, our finds and our discoveries, our theories and our blunders, our arguments and our coming-togethers, but most of all his great enthusiasm. 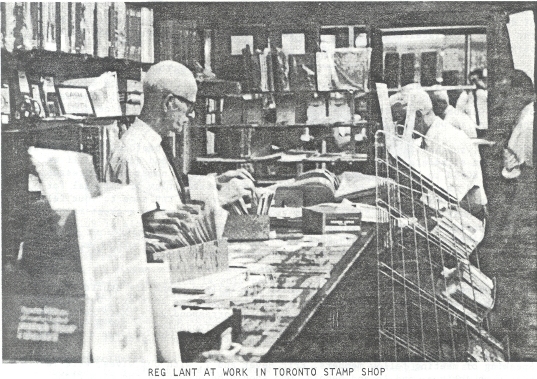