It is with feelings of deep sadness that, once again, I take up my pen to pay tribute to yet another great philatelist who has passed away. Mr. G. W. Collett, the first President of the British West Indies Study Circle, died in hospital at Chippenham, Wiltshire, on July 24th at the age of 76.

He was elected to the Royal Philatelic Society, London, in 1927, and in the preceding years had steadily built up his collection of Jamaica which today must be considered one of the finest of its kind being exceptionally strong in mint multiple pieces of the first issues. His close philatelic association and almost lifelong friendship with L. C. C. Nicholson and subsequently the Reverend C. S. Morton and W. Buckland Edwards (all of whom pre-deceased him) culminated in the publication in 1928 of the standard work Jamaica. Its Postal History, Postage Stamps and Postmarks of which all four were joint editors.

Mr. Collett was a strong supporter of the Croydon Philatelic Society and I believe at one time was its Hon. Treasurer. He also faithfully served the Permanent Executive Committee of the Philatelic Congress of Great Britain as Hon. Treasurer from 1932 until 1959 and for a year prior to taking this office was Assistant Hon. Secretary. In 1952 he added his signature to the Roll of Distinguished Philatelists; it was so typical of his extreme modesty that he confessed to me at the time how surprised - though naturally delighted - he was that he had been chosen for this honour which was so well merited.

Until a few years ago he never missed attending the Spring and Autumn meetings of our Circle over which he presided so ably, and it was due to ill health in the latter years which prevented him from travelling to London and to enjoy meeting his many friends. On the last occasion when I visited him at his home some two years ago he told me how much he missed the London philatelic scene; moreover his sight was failing which sadly prevented him from enjoying his collection. It had been my intention, living as I do now in the West Country, to visit him this summer, but alas this was not to be.

His expert knowledge and appreciation of everything connected with the philately of Jamaica was extensive and he was certainly one of the greatest students of this colony of his time - always happy to give assistance to those seeking it.

I shall always remember Gilbert Collett both for his charm and very humble way when talking about his stamps. 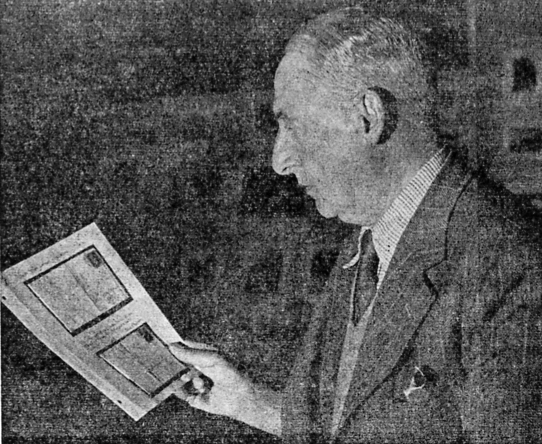